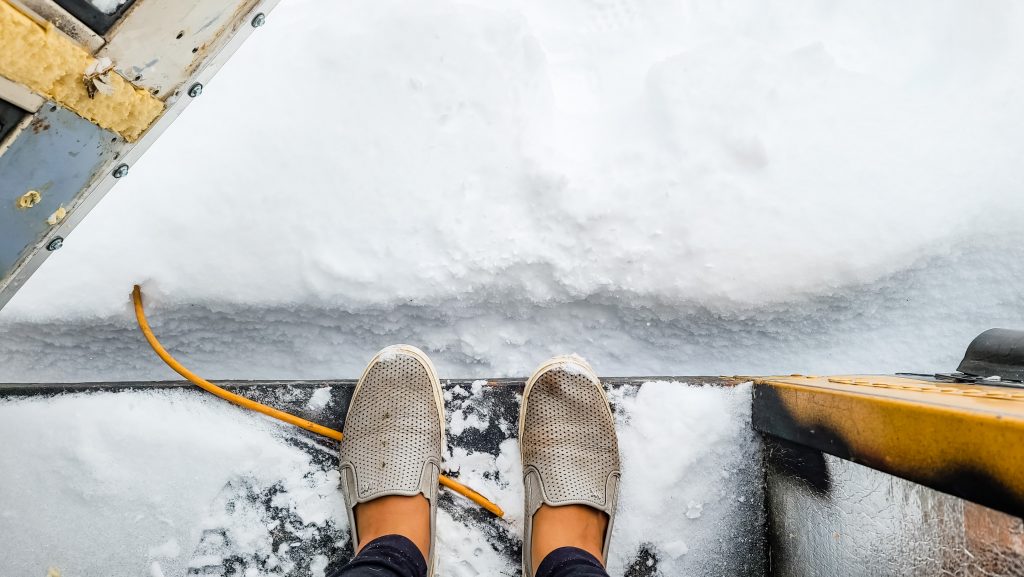 Somehow the last month has absolutely flown by and we are already at month seven of our school bus conversion. Between all this pandemic craziness, kids home, flying our son here from Brazil, online schooling for kiddos, and this school bus conversion; life has been even busier than normal 🙂 As many know, back in April on my birthday, my husband informed me that he wanted to buy a school bus to convert into an RV…..from New Mexico. The very next day, he traveled down to New Mexico! Then, that same day he purchased the school bus and began the drive back to Montana. Missed the “why a school bus”? Click here for the full story!

To give you an idea….we are putting in a ton of time on this bus. Or maybe it just feels that way 🙂 Out of those seven months, we took about a month off to re-group and re-center. Other than that, we are working on it every weekend, and most nights after work and when kids are in bed.

The biggest change in these last two months is that we had help with two parts of our skoolie build. Up until this point, we have done 100% of this bus renovation on our own. It has been a mixture of a lot of learning, trial and error, and repetition. However, in these two instances, we decided to reach out for some help:)

Initially, we had all the intention of spraying the bus interior ourselves. In fact, we had even purchased a paint sprayer to help us yield better results. However, that idea changed with the kindness of a neighbor.

A few weeks ago, we ended up pulling a late-night getting the bus interior taped and ready for spraying. Then, early that next morning, we were back at it finishing up the prep work. Our neighbor stopped by and told us that while unfortunately, he had plans for the weekend, but if we were willing to wait for the following week, he would love to paint our bus for us.

He explained that he doesn’t have much he can offer as a neighbor in terms of skills, but that he was a professional painter. He then commented that he had been watching our progress and would love to take part in the process. So thanks to this amazing neighbor, our entire 40′ bus interior was professionally sprayed!

Glaucio is one of those guys who is good at just about everything he does. And to top it off, he knows a lot about a lot. So I would say he completed about 80% of all our electrical work based on his knowledge and what he likes to call Youtube University:) However, being that it is electrical, he decided he would feel most comfortable having a professional double-check all his work.

Fortunately, we have a friend that I’ve known since high school that is a local electrition. So he came out at the beginning of the build to give the OK on all our placement of electrical wires, and our plan. Then, he came out again this month to help us wrap up the final electrical work. Having a professional OK everything gave us huge peace of mind!

If you happen to live in Bozeman and ever need someone to paint or do electrical work, I happen to know two amazing guys that do professional, quality work that I’ll send your way!

So as a reminder, this is what our bus looked like after six months of work. If you saw the post on where we were at month six of our school bus conversion build, then you know that by that point, the bus was starting to take shape. Six months of consistency and hard work had put us in a position where we had a little of a lot of projects done; including most of the big jobs. But if you want a more detailed look at what we had done by that point, here is the post.

I’m pretty excited by what has changed in just this last month! We are finally at the point of the build where we have completed the big projects and are left with mostly finishing the smaller projects. Therefore, this means we tend to get more “done” in a week and visually we are starting to see a lot more progress which is great!

Because we are finally at the point where our to-do list is shorter than what we have done, I’ll list what is left to do before we hit the road! Although in all honesty, seeing this list still makes me panic 🙂

Handy hubby: Making progress that is visible and very close to its final form has been great!

Mama bear: This last month has been fun for me! One, we have all four kiddos at home with us, and so that feels good. We don’t feel as split or divided and so I’ve noticed a huge change in our family dynamics with that. Second, it has been great having all the kiddos here to be apart of the final part of the build! But in terms of the build, like Glaucio, I’ve loved the fact that we are at the point in the build where it’s more finish type work. Plus every project at this point in the bus build results in a major visual difference so it starts to feel as if we’re finally getting somewhere 🙂

Handy hubby: The cold weather and shorter days have made it hard this last month.

Mama bear: We hit a big burn out a couple of weeks ago. The feeling of what the heck were we thinking about getting ourselves into a bus build. And the short cold days make it harder to find the motivation to push through at the end of workdays to go out and work more on the bus.

Ahhhh this question has become a joke 😉 How many times now have I given a date for leaving and it’s passed? Anyone keeping track? Because I’ve completely lost count 😉

So, I won’t even give an answer to this 🙂 We’ve picked a date… let’s see if we make it! Have a guess on what our take-off date is? Leave your guess in the comments below. 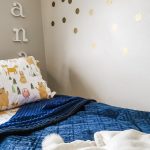 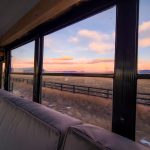 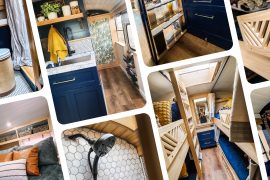 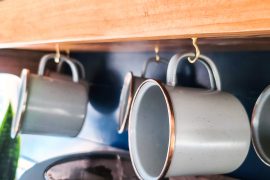 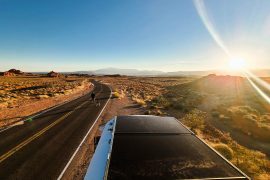